Home» Football» Men's Football» News» GREEN, THE ONLY COLOR THAT MATTERS TO US! 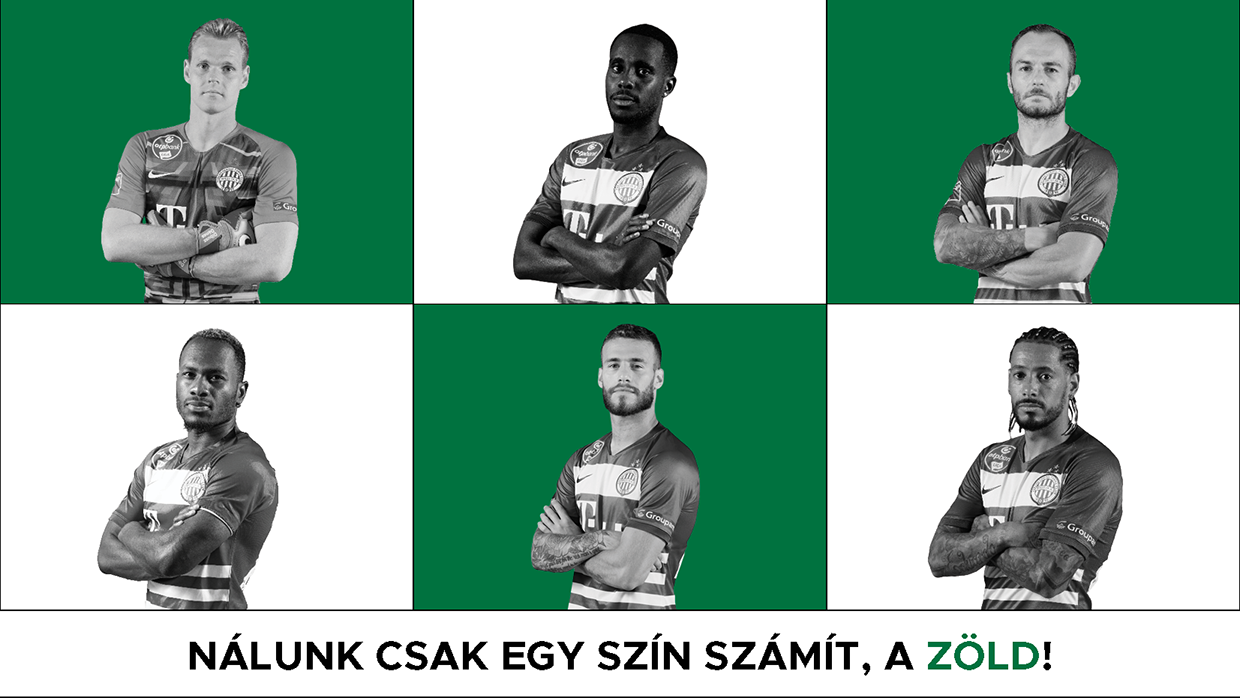 GREEN, THE ONLY COLOR THAT MATTERS TO US!
FTC fights against exclusion, this year we shot another campaign to raise awareness – VIDEO!

Ferencvárosi Torna Club was the first Hungarian sports club to launch a campaign against exclusion in 2012, and ever since regularly draws attention to the importance of this endeavor.

The message of this years’ campaign is that for Fradi only one color matters, green! We don’t look at where you came from, what’s your religion, worldview or skin color because in Fradi there is only one color that truly matters, green, this color connects us and is more important than anything else that would differentiate us.

In the short film six of our football players, Miha Blazic, Franck Boli, Dibusz Dénes, Lovrencsics Gergő, Isael Barbosa and Tokmac Nguen tell us this year’s campaign slogan in their native language: Green, the only color that matters to us!

The video was taken at the Groupama Arena, our home stadium where we achieved many successes this year, the 30th championship title in the history of our 120-year-old club, and we fought our way into the Europa League after 15 years here too.

By the goals of Sigér and Tokmac Ferencvaros beat Celtic in the Champions League.

The Norwegian Tokmac scored twice against the Swedish champion Djurgarden in the CL-qualifier.

According to our head coach, we need to take our opponent on Wednesday 100 percent seriously.

The new Fradi Truck was unveiled today. It will travel around the country.